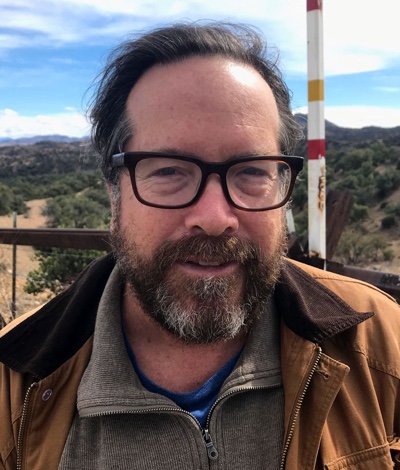 Build Bridges, Not Walls: A Journey to a World Without Borders

In personal stories from twenty years of activism and reporting, the award-winning journalist calls on readers to imagine a world without borders.

The event is free to attend, but you must register (HERE)

Praise for Build Bridges, Not Walls:

“In its soulfulness, its profound moral imagination, and its vision of radical solidarity, Todd Miller’s work is as indispensable as the love that so palpably guides it.”—Ben Ehrenreich, author of Desert Notebooks: A Road Map for the End of Time

“All of Todd Miller’s work is essential reading, but Build Bridges, Not Walls is his most compelling, insightful book yet.”—Dean Spade, author of Mutual Aid: Building Solidarity During This Crises (And the Next)

“Drawing on the work of abolitionist movement leaders, this book points toward the radical opening of the imagination urgently needed to transform walls into bridges.”—A. Naomi Paik, author of Bans, Walls Raids, Sanctuary: Understanding U.S. Immigration for the Twenty-First Century and Rightlessness: Testimony and Redress in U.S. Prison Camps Since World War II

“Todd Miller not only makes the case for tearing down the walls of Fortress America, but also for the future of the planet and humanity. The stories of the humble people of the earth he documents ask us to also tear down the walls in our hearts and in our heads. What proliferates in the absence of these walls and in spite of them, Miller writes, is the natural state of things centered on kindness and compassion.”—Nick Estes, author of Our History Is the Future: Standing Rock Versus the Dakota Access Pipeline, and the Long Tradition of Indigenous Resistance

Todd Miller has researched and written about border issues for more than 15 years, the last eight as an independent journalist and writer. He resides in Tucson, Arizona, but also has spent many years living and working in Oaxaca, Mexico. His work has appeared in the New York Times, TomDispatch, The Nation, San Francisco Chronicle, In These Times, Guernica, and Al Jazeera English, among other places. Miller is the author of three books: Empire of Borders: The Expansion of the U.S. Border Around the World (Verso, 2019), Storming the Wall: Climate Change, Migration, and Homeland Security (City Lights, 2017), which was awarded the 2018 Izzy Award for Excellence in Independent Journalism, and Border Patrol Nation: Dispatches from the Front Lines of Homeland Security (City Lights, 2014). He’s a contributing editor on border and immigration issues for NACLA Report on the Americas and its column “Border Wars.”

Nick Estes is a citizen of the Lower Brule Sioux Tribe. He is an Assistant Professor in the American Studies Department at the University of New Mexico. In 2014, he co-founded The Red Nation, an Indigenous resistance organization. For 2017-2018, Estes was the American Democracy Fellow at the Charles Warren Center for Studies in American History at Harvard University. Estes is the author of the book Our History Is the Future: Standing Rock Versus the Dakota Access Pipeline, and the Long Tradition of Indigenous Resistance (Verso, 2019) and he co-edited Standing with Standing Rock: Voices from the #NoDAPL Movement (University of Minnesota, 2019), which draws together more than thirty contributors, including leaders, scholars, and activists of the Standing Rock movement. Estes’ journalism and writing is also featured in the Intercept, Jacobin, Indian Country Today, The Funambulist Magazine, and High Country News.