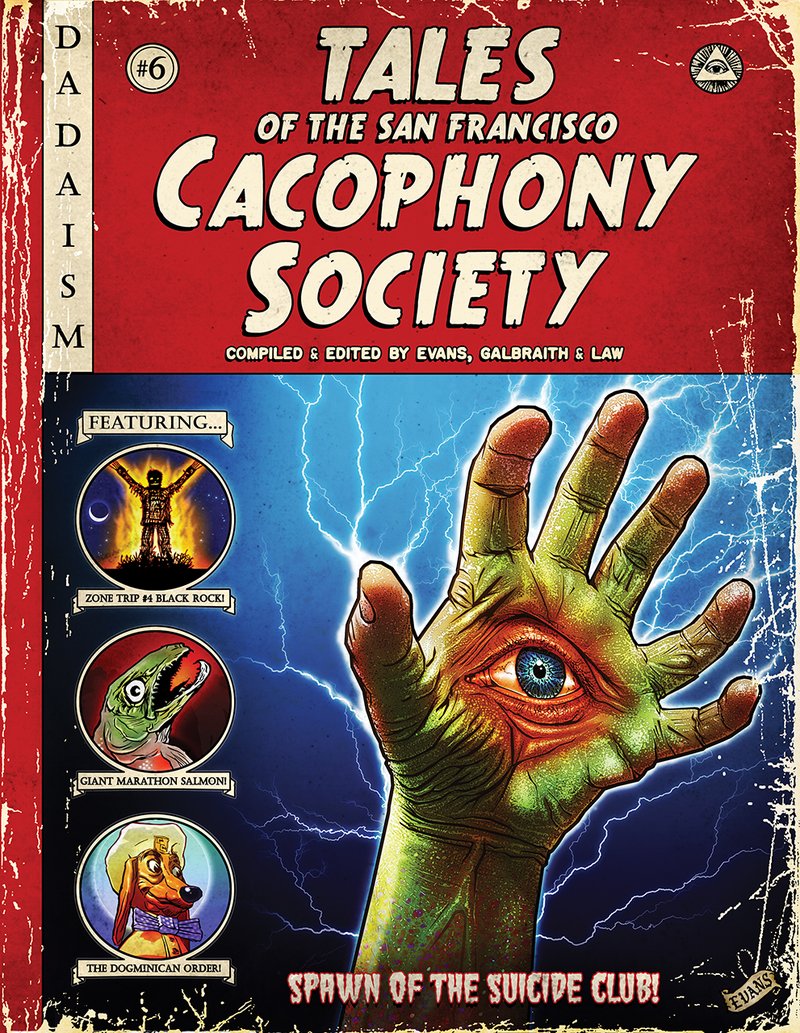 A template for pranksters, artists, adventurers and anyone interested in rampant creativity, for years to come.

Tales Of The San Francisco Cacophony Society tells the history of the most influential underground cabal that you have never heard of.

Rising from the ashes of the mysterious and legendary Suicide Club, The Cacophony Society, at its zenith, hosted chapters in over a dozen major cities, and influenced much of what was once called the underground.

Flash Mobs, Urban Exploration, and Culture Jamming are a few of the pop culture trends that Cacophony helped kick off.

Cacophony events could range from something as simple as climbing the Golden Gate Bridge or having a discussion over drinks about a movie seen together, to something as elaborate as The Atomic Café — an event involving a hundred bedraggled “nuclear holocaust Survivors” mounting elaborate costumed rituals throughout the bowels of a massive abandoned tooth paste factory.

Yes…. Cacophony was that strange.

Cacophony’s heyday was concurrent with the rise of the internet. The story of this group is of historical significance for this reason. Information about upcoming pranks, street theater and other events hosted by Cacophony was spread by paper flyers posted on telephone poles and left in coffee shops, by the Societies mailer “Rough Draft” and by word of mouth. Then, with the genesis of personal computing and social networking, the jokers, artists and troublemakers of Cacophony were among some of the first non-geeks to explore the power of this new and world changing way of communicating.

Burning Man, Urban Exploration, flash mobs and the like were avenues of creativity with their roots in Cacophony, that spread like wildfire through the mechanism of these new communication technologies.

What has been said about the Cacaphony Society:

“Find out what you are afraid of and go live there” — Chuck Palahniuk, Fight Club

“A book every lover of eccentricity and enemy of the status quo should enjoy.” — Margaret Cho

John Law is a rennaisance man who has been affiliated with singular organizations such as The Suicide Club, Survival Research Labs, Dark Passage, Laughing Squid, the Cacophony Society, PeopleHater, Seemen, Circus Redickuless, S.F. Cyclecide, and The Madagascar Institute to name a few. He is cofounder of Burning Man. He currently lives in the San Francisco Bay Area and enjoys a good cigar.

V Vale the publisher of Re/Search Books and an archivist and historian of counter-cultural history. Visit: www.researchpubs.com