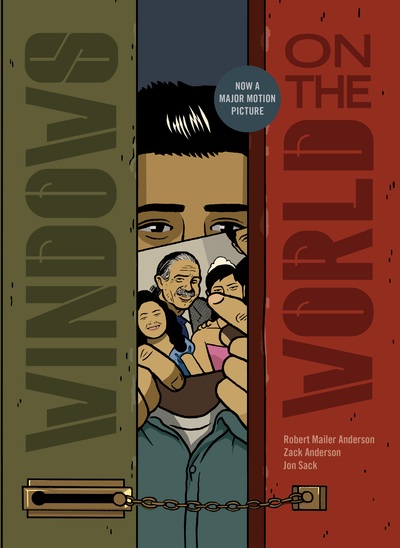 Windows on the World

Set in a New York City in mourning, this poignant graphic novel explores the push-and-pull between love and obligation.

On the morning of September 11, 2001, an undocumented worker named Balthazar busses tables at New York City’s famous Windows on the World restaurant. Back in Mexico, his family watches their TV screen in horror as the Twin Towers collapse. Refusing to give up hope that Balthazar is alive, his son Fernando embarks on a treacherous journey across the border to New York to find him. Along the way, Fernando learns what it means to be undocumented in America — encountering at turns an indifferent bureaucracy and a supportive group of fellow immigrants who help guide him through his quixotic mission to bring his family back together.

Robert Mailer Anderson is a San Francisco Library Laureate as well as a novelist, screenwriter, producer, and activist. He is the author of the novel Boonville.

Jon Sack is a US and UK based artist and writer whose comic books include La Lucha and Iraqi Oil For Beginners.