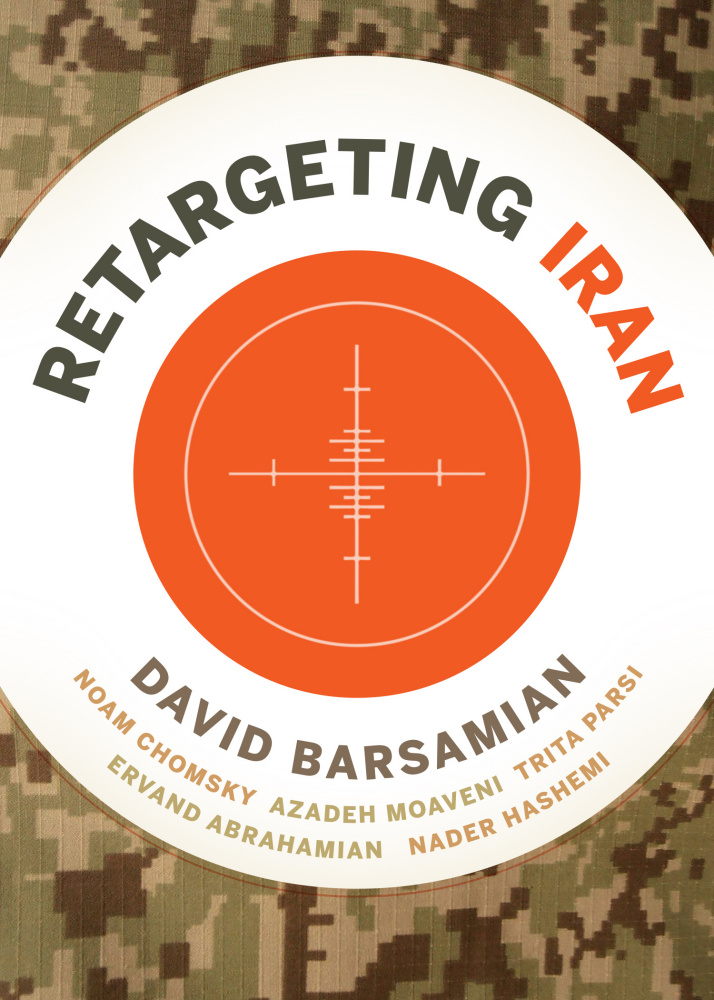 Discussing the intersections of their new books

About ReTargeting Iran, edited by David Barsamian, with Azadeh Moaveni and others

The United States and Iran seem to be permanently locked in a dangerous cycle of brinkmanship and violence. Both countries have staged cyber attacks and recently shot down one another’s aircraft. Why do both countries seem intent on escalation? Why did the U.S. abandon the nuclear deal (which, according to the UN, was working)? Where can Washington and Tehran find common ground? To address these questions and the political and historical forces at play, David Barsamian presents the perspectives of Iran scholars Ervand Abrahamian, Noam Chomsky, Nader Hashemi, Azadeh Moaveni, and Trita Parsi. A follow-up to the previously published Targeting Iran, this timely and urgent book continues to affirm the goodwill between Iranian and American people, even as their respective governments clash on the international stage.

About Out of Mesopotamia: A Novel by Salar Abdoh

Saleh, the narrator of Out of Mesopotamia, is a middle-aged Iranian journalist who moonlights as a writer for one of Iran’s most popular TV shows but cannot keep himself away from the front lines in neighboring Iraq and Syria. There, the fight against the Islamic State is a proxy war, an existential battle, a declaration of faith, and, for some, a passing weekend affair.

After weeks spent dodging RPGs, witnessing acts of savagery and stupidity, Saleh returns to civilian life in Tehran but finds it to be an unbearably dislocating experience. Pursued by his official handler from state security, opportunistic colleagues, and the woman who broke his heart, Saleh has reason to again flee from everyday life. Surrounded by men whose willingness to achieve martyrdom both fascinates and appalls him, Saleh struggles to make sense of himself and the turmoil in his midst.

An unprecedented glimpse into “endless war” from a Middle Eastern perspective, Out of Mesopotamia follows in the tradition of the Western canon of martial writers—from Hemingway and Orwell to Tim O’Brien and Philip Caputo—but then subverts and expands upon the genre before completely blowing it apart. Drawing from his firsthand experience of being embedded with Shia militias on the ground in Iraq and Syria, Abdoh gives agency to the voiceless while offering a meditation on war that is moving, humane, darkly funny, and resonantly true.

Azadeh Moaveni is a journalist, writer, and academic who has been covering the Middle East for over two decades. She started reporting in Cairo in 1999, while on a Fulbright fellowship to the American University in Cairo. For the next several years she reported from throughout the region as Middle East correspondent for Time magazine, based in Tehran, but also covering Lebanon, Syria, Egypt, and Iraq. She is the author of Lipstick Jihad and Honeymoon in Tehran, and co-author, with Shirin Ebadi, of Iran Awakening. In November 2015, she published a front-page article in the New York Times on ISIS women defectors that was a finalist for a Pulitzer Prize. Her writing appears in the Guardian, the New York Times, and the London Review of Books. She teaches journalism at NYU in London, has been a fellow at the New America Foundation, and is now Senior Gender Analyst at the International Crisis Group.

Salar Abdoh was born in Iran and splits his time between Tehran and New York City. He is the author of the novels Tehran at Twilight, The Poet Game, and Opium; and he is the editor of Tehran Noir. He teaches in the MFA program at the City College of New York. Out of Mesopotamia is his latest novel.