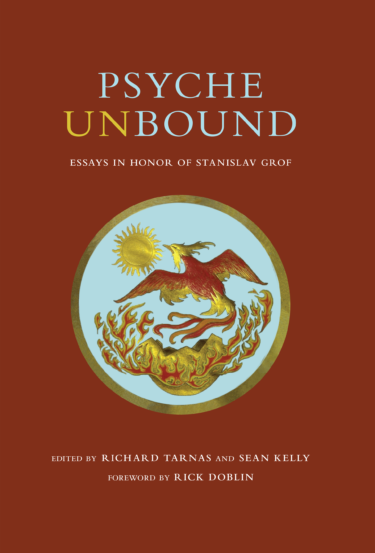 Stanislav Grof is one of the founders of transpersonal psychology and is recognized by many as having both inherited and extended the great revolution in psychology begun by Freud and Jung. His investigations of the nature and healing potential of non-ordinary states of consciousness led him to propose a model of the psyche which honors the full range of human experience. Unconstrained by the dogmatic prejudices of mainstream psychology and of the dominant – reductive, mechanistic, and materialistic – scientific paradigm – Grof offers a liberated, and liberating vision of psyche unbound.

Grof is the author and editor of many books, including Psychology of the Future: Lessons from Modern Consciousness Research; The Cosmic Game: Explorations of the Frontiers of Human Consciousness; Human Survival and Consciousness Evolution; The Adventure of Self-Discovery: Dimensions of Consciousness and New Perspectives in Psychotherapy and Inner Exploration; Beyond the Brain: Birth, Death, and Transcendence in Psychotherapy; and Ancient Wisdom and Modern Science, all published by SUNY Press. As well as the following titles from MAPS: The Way of the Psychonaut: Encyclopedia for Inner Journeys (Vol. One) and The Way of the Psychonaut: Encyclopedia for Inner Journeys (Vol. Two), LSD Psychotherapy: The Healing Potential of Psychedelic Medicine, Modern Consciousness Research and The Understanding of Art, Including The Visionary World of H.R. Giger, and The Ultimate Journey: Consciousness and the Mystery of Death.

The book Psyche Unbound: Essays in Honor of Stanislav Grof being celebrated this weeked is an extraordinary compilation of twenty-two essays that honor the pathbreaking lifework of Stanislav Grof, the world’s leading researcher in psychedelic therapy, breathwork, and the exploration of non-ordinary states of consciousness. In honor of Grof’s 90th birthday this year, the contributions range over the past half century – beginning exactly fifty years ago with Joseph Campbell’s remarkable 1971 lecture in the Great Hall at Cooper Union setting forth the importance of Grof’s findings, and Huston Smith’s 1976 summary of their significance for the study of religion and mysticism, all the way through to the 2021 reflections by psychiatrists and researchers Charles Grob and Michael Mithoefer as part of the current renaissance of psychedelic therapy. In between are major essays that forward Grof’s work on numerous fronts, both theoretical and therapeutic: transpersonal sexual experiences (Jenny Wade), implications for social and cultural change (William Keepin), comparative studies with Asian religious systems (Thomas Purton), the perinatal dimensions of Jean-Paul Sartre’s transformational 1935 mescaline experience (Thomas Riedlinger), and parallel findings from quantum and relativistic physics (Fritjof Capra).