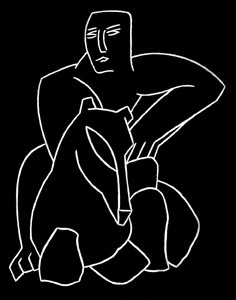 New Directions was founded in 1936 by James Laughlin, then a Harvard University sophomore, via advice from Ezra Pound to “do something useful” after finishing his studies at Harvard. The first projects to come out of New Directions were anthologies of new writing, each titled New Directions in Poetry and Prose (until 1966’s NDPP 19). Early writers incorporated in these anthologies include Dylan Thomas, Marianne Moore, Wallace Stevens, Thomas Merton, Denise Levertov, James Agee, and Lawrence Ferlinghetti. New Directions publisheg program includes writing of all genres, representing not only American writing, but also a considerable amount of literature in translation from modernist authors around the world. Among some of the writers they have published are Nobel Prize Winners Andre Gide, Pablo Neruda, Boris Pasternak, Octavio Paz, Pulizer Prize Winners Hilton Als, George Oppen, Gary Snyder, Williams Carlos Williams, National Book Award Winners, Yoko Tawada, Nathaniel Mackey, Man Booker Prize Winner Lazlo Kraznahokai as well as many others.

The current focus of New Directions is threefold: discovering and introducing to the US contemporary international writers; publishing new and experimental American poetry and prose; and reissuing New Directions’ classic titles in new editions.

Drawing from the tradition of the early anthologies and series, New Directions launched the Pearl series, which presents short works by New Directions writers in slim, minimalist volumes designed by Rodrigo Corral.

Join us for a celebration of this quintessential American Press.