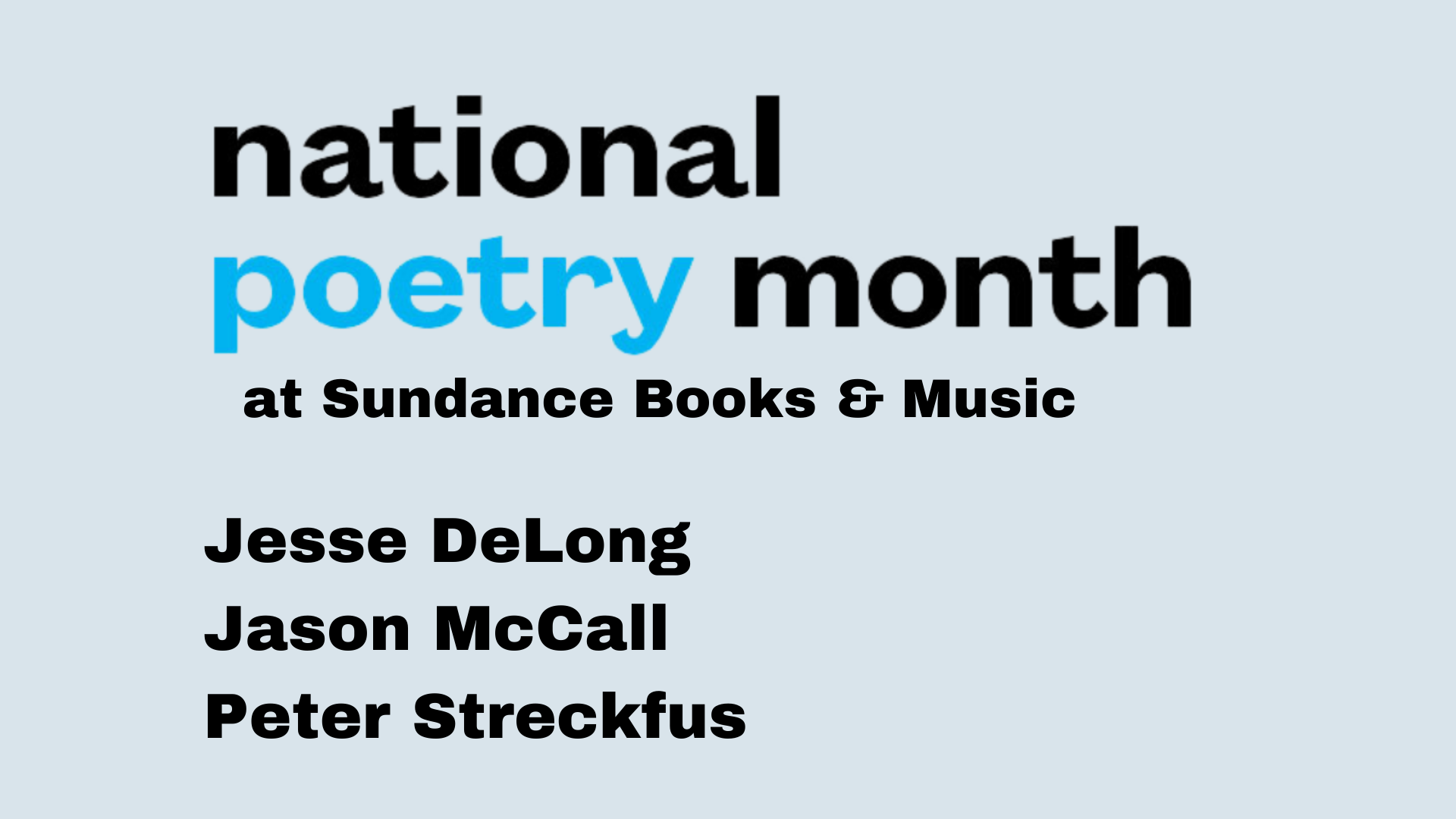 Thursdays in April are for National Poetry Month! Join us on our YouTube page, April 15 at 4pm for live readings from Jesse DeLong, Jason McCall, and Peter Streckfus; hosted by Danilo Thomas.

Jesse DeLong’s debut manuscript, The Amateur Scientist’s Notebook, was published by Baobab Press. Other work has appeared in the anthologies Best New Poets 2011 and Feast: Poetry and Recipes for a Full Seating at Dinner. His chapbooks, Tearings and Other Poems and Earthwards, were released by Curly Head Press. Other than writing, Jesse teaches composition and literature at Louisiana State University. He Tweets at @jessemdelong.

Jason McCall holds an MFA from the University of Miami. His collections include Two-Face God; Dear Hero, (winner of the 2012 Marsh Hawk Press Poetry Prize); Silver; I Can Explain; and Mother, Less Child (co-winner of the 2013 Paper Nautilus Vella Chapbook Prize); and A Man Ain’t Nothin’. He and P.J. Williams are the editors of It Was Written: Poetry Inspired by Hip-Hop. He is a native of Montgomery, Alabama, and he teaches at the University of North Alabama.

Peter Streckfus is the author of two poetry books: Errings, winner of Fordham University Press’s 2013 POL Editor’s Prize, and The Cuckoo, which won the Yale Series of Younger Poets competition in 2003. His poems appear in journals such as the Bennington Review, The Chicago Review, The New Republic, and the Academy of American Poets’ Poem-a-Day. His awards include fellowships and grants from the Bread Loaf Writers’ Conference, the Peter S. Reed Foundation, the American Academy of Arts and Letters, and the American Academy in Rome. He lives in the Washington DC area and is on the faculties of the Creative Writing Program at George Mason University and the Low-Residency Pan-European MFA in Creative Writing at Cedar Crest College. He is an editorial co-director of Poetry Daily.

Read more about National Poetry Month on the Academy of American Poets website.