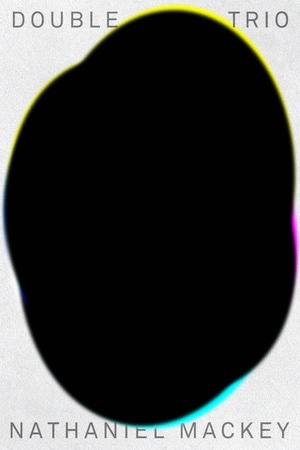 elebrating the launch of his new poetry collection

Three new books in a spectacular limited edition box carry the tradition of the long poem far into the 21st century with a “low-lit, slow-drag ebullience”

(CLICK HERE) to purchase book. (link to be posted soon!)

For thirty-five years the poet Nathaniel Mackey has been writing a long poem of fugitive-making like no other: two elegiac, intertwined serial poems—”Song of the Andoumboulou” and “Mu“—that follow a mysterious, migrant “we” through the rhythms and currents of the world with lyrical virtuosity and impassioned expectancy. In a note to this astonishing box set of new work, Mackey writes:

“I turned sixty-five within a couple of months of beginning to write Double Trio and I was within a couple of months of turning seventy-one when I finished it.… It was a period of distress and precarity inside and outside both. During this time, a certain disposition or dispensation came upon me that I would characterize or sum up with the words all day music. It was a time in which I wanted never not to be thinking between poetry and music, poetry and the daily or the everyday, the everyday and the alter-everyday. Philosophically and technically, the work meant to be always pertaining to the relation of parts to one another and of parts to an evolving whole.”

Nathaniel Mackey was born in Miami, Florida, in 1947. He is the author of several books of fiction of “exquisite rhythmic lyricism” (Bookforum), poetry, and criticism and has received many awards for his work, including the National Book Award in poetry for Splay Anthem, the Stephen Henderson Award from the African American Literature and Culture Society, the Bollingen Prize, and the Ruth Lilly Poetry Prize. Mackey is the Reynolds Price Professor of English at Duke University.

What has been said about the work of Nathaniel Mackey:

For decades, National Book Award-winner Mackey has devoted himself to creating a long poem that covers ambitious territory — and he begins this installment by recalling how early free jazz musicians re-invented the multi-disc record collection because they needed several albums to record their fertile improvisations; you might say that Double Trio is Mackey’s multi-disc box set. Double Trio is a libretto of metaphysical music and probably the most important poetry collection to come out this year.

Mackey’s own rare combinations create an astonishing and resounding effect: his words go where music goes: a brilliant and major accomplishment.

Because of their crablike logic Mackey’s lines feel simultaneously abraded and buffed, their meanings fugitive, tremulous, mercurial. He is a lyric poet whose probing of wounds and the whir of words reaches into epic dimensions.

Mackey is doing what might be the most technically virtuosic rhythmo- syntactic work in the English language. No one comes close. I hope these two long poems never end.

Nathaniel Mackey is a poet of ongoingness involved in a kind of spiritualist or cosmic pursuit.

Mackey’s major prose project is an experiment in serial fiction called From a Broken Bottle Traces of Perfume Still Emanate. It feels, sentence to sentence and page to page, like a work in the act of being created. It is not simply writing about jazz, but writing as jazz… There is a cliché about music writing, sometimes attributed to Thelonious Monk, among others: ‘ Writing about music is like dancing about architecture.’ If so, Nathaniel Mackey is compelled, rather than deterred, by the multiform madness of the enterprise. he is the Balanchine of the architecture dance.