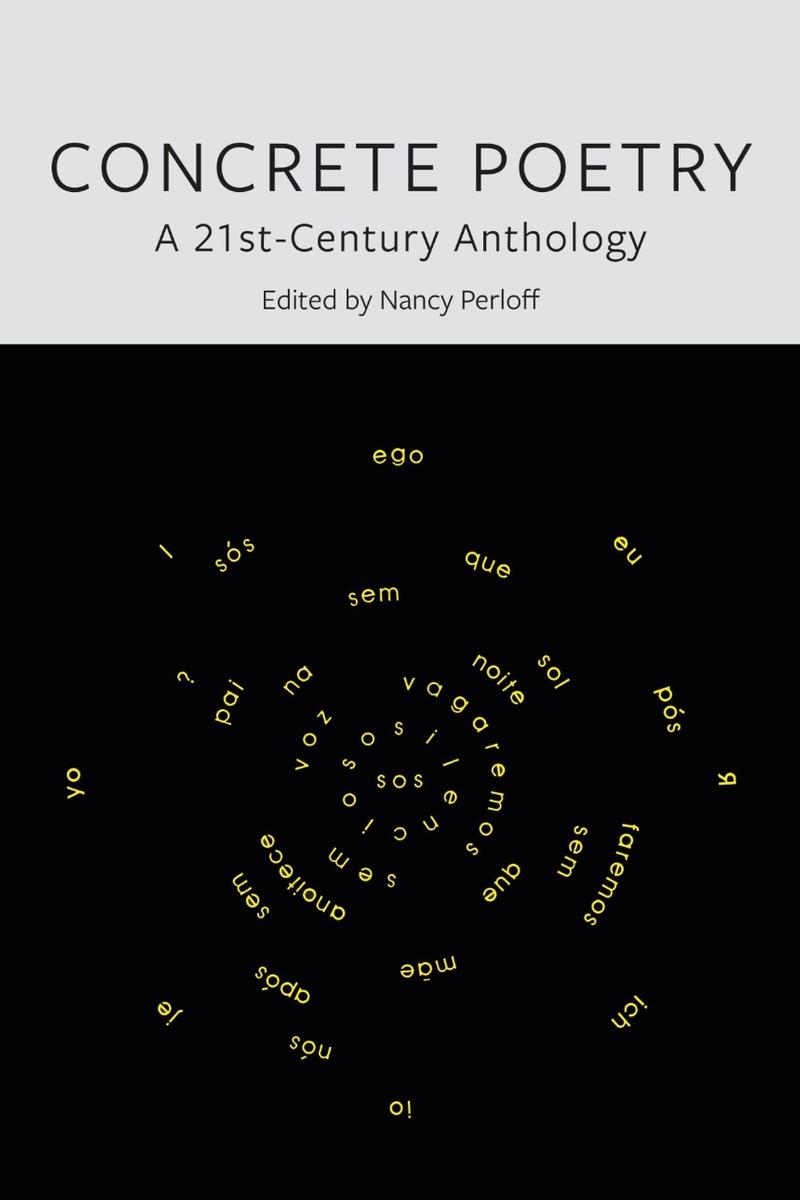 Nancy Perloff celebrates the launch of her new anthology

Concrete Poetry: A 21st-Century Anthology is the first overview of concrete poetry in many years. Selective yet wide-ranging, this anthology re-evaluates the movement, singling out its most distinctive and influential works. Nancy Perloff, curator of an important Concrete Poetry exhibition at the Getty Research Institute, includes examples from the little-known Japanese concretists and the Wiener Gruppe—groups that, together with the Brazilian poet Augusto de Campos and the Scottish poet Ian Hamilton Finlay, have engaged with the most subtle possibilities of language itself—while also incorporating key poems by Eugen Gomringer, Dieter Roth, Henri Chopin, and others and including contemporary contributions by Cia Rinne and Susan Howe.

Perloff’s anthology presents individual poems, reproduced in their original languages, together with lively commentaries that explicate and contextualize the work, allowing readers to discover the intricacy of poems that some have dismissed as simple, even trivial, texts. This substantial new collection redefines what the concrete poetry movement means today.

Nancy Perloff is Curator of Modern and Contemporary Collections at the Getty Research Institute. Her scholarship addresses the Russian avant-garde, European modernism, and the relationship between music and the visual arts. Her exhibitions include Monuments of the Future: Designs by El Lissitzky; Sea Tails: A Video Collaboration; Tango with Cows: Book Art of the Russian Avant-Garde, 1910–1917; and the recent World War I: War of Images, Images of War, which she co-curated with Anja Foerschner and Gordon Hughes. Perloff is author of Art and the Everyday: Popular Entertainment and the Circle of Erik Satie and coeditor with Brian M. Reed of Situating El Lissitzky: Vitebsk, Berlin, Moscow. Her latest publication, Books to Look at, Books to Listen to: the Great Russian Avant-Garde Experiment, is forthcoming with Getty Publications.

Antonio Sergio Bessa, PhD, is the Chief Curator Emeritus at The Bronx Museum of the Arts. He is also an Adjunct Professor at Columbia University’s Teachers College, where he teaches Museum Education Issues. A distinguished scholar of concrete poetry, Bessa has organized several critically acclaimed exhibitions on themes related to text-based art. He also collaborated with Deborah Cullen at the 3rd Trienal Poli/Gráfica de San Juan Puerto Rico, in 2012. His essays on concrete poetry have been published in several anthologies, journals, and websites including ubu.com and fahlstrom.com. He is the author of Öyvind Fahlström: The Art of Writing (Chicago: Northwestern University Press, 2009), and editor of Novas: Selected Writings of Haroldo de Campos (Chicago: Northwestern University Press, 2007), and Mary Ellen Solt: Toward a Theory of Concrete Poetry (Stockholm: OEI, 2010).