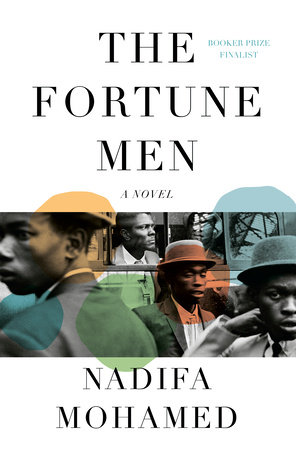 A BOOKER PRIZE FINALIST, based on a true event, The Fortune Men is “a blues song cut straight from the heart … about the unjust death of an innocent Black man caught up in a corrupt system. The full life of Mahmood Mattan, the last man executed in Cardiff for a crime he was exonerated for forty years later [is] brought alive with subtle artistry and heartbreaking humanity” (Walter Mosley, best-selling author of Devil in a Blue Dress).

In Cardiff, Wales in 1952, Mahmood Mattan, a young Somali sailor, is accused of a crime he did not commit: the brutal killing of Violet Volacki, a shopkeeper from Tiger Bay. At first, Mahmood believes he can ignore the fingers pointing his way; he may be a gambler and a petty thief, but he is no murderer. He is a father of three, secure in his innocence and his belief in British justice.

But as the trial draws closer, his prospect for freedom dwindles. Now, Mahmood must stage a terrifying fight for his life, with all the chips stacked against him: a shoddy investigation, an inhumane legal system, and, most evidently, pervasive and deep-rooted racism at every step.

Nadifa Mohamed was born in 1981 in Hargeisa, Somaliland. At the age of four she moved with her family to London. She is the author of Black Mamba Boy and The Orchard of Lost Souls. She has received both The Betty Trask Award and the Somerset Maugham Award, and in 2013, she was named as one of Granta‘s Best of Young British Novelists. Her work appears regularly in The Guardian and the BBC. A fellow of the Royal Society of Literature, she lives in London.

Tommy Orange is a novelist and writer from Oakland, California. His first book There There was one of the finalists for the 2019 Pulitzer Prize and received the 2019 American Book Award. Orange is a citizen of the Cheyenne and Arapaho Tribes of Oklahoma. He attended Institute of American Indian Arts and earned the Masters in Fine Arts. He was born and raised in Oakland, California, and makes his home in Angels Camp, California.