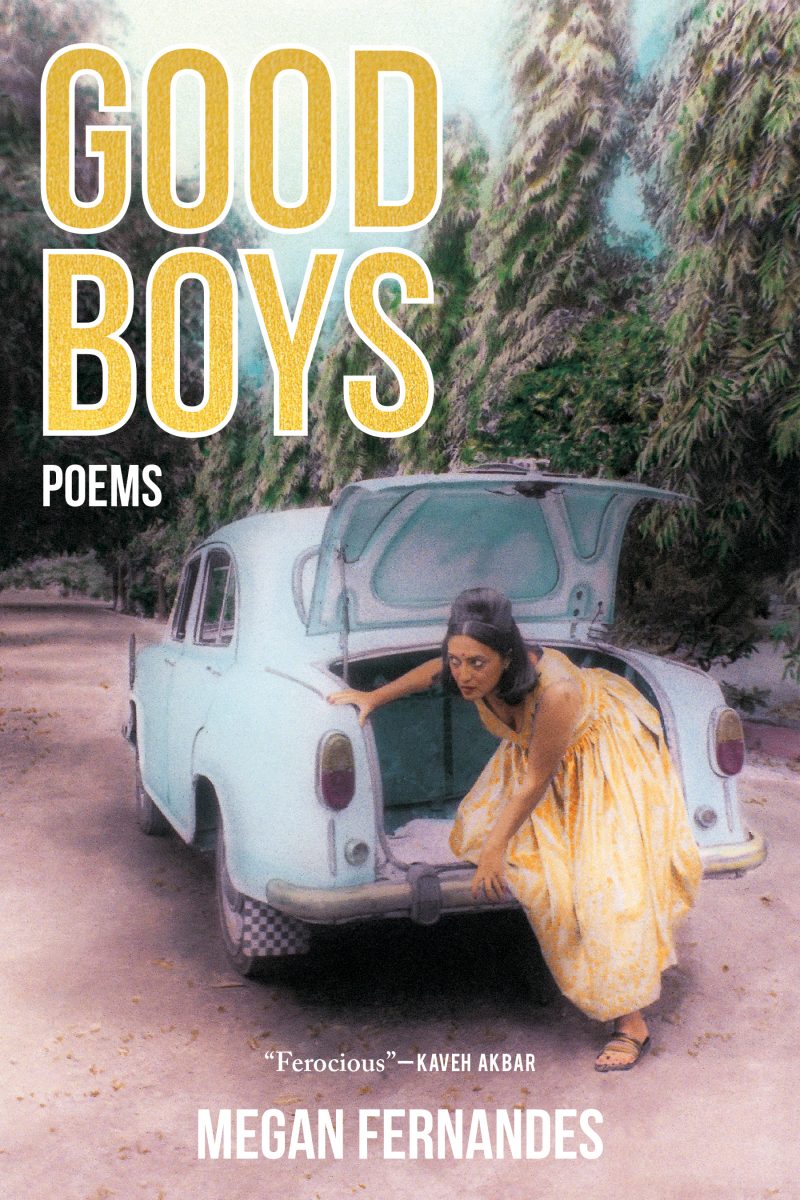 Megan Fernandes reads from her new collection of poetry

In an era of rising nationalism and geopolitical instability, Megan Fernandes’s Good Boys offers a complex portrait of messy feminist rage, negotiations with race and travel, and existential dread in the Anthropocene. The collection follows a restless, nervy, cosmically abandoned speaker failing at the aspirational markers of adulthood as she flips from city to city, from enchantment to disgust, always reemerging—just barely—on the trains and bridges and barstools of New York City. A child of the Indian ocean diaspora, Fernandes enacts the humor and devastation of what it means to exist as a body of contradictions. Her interpretations are muddied. Her feminism is accusatory, messy. Her homelands are theoretical and rootless. The poet converses with goats and throws a fit at a tarot reading; she loves the intimacy of strangers during turbulent plane rides and has dark fantasies about the “hydrogen fruit” of nuclear fallout. Ultimately, these poems possess an affection for the doomed: false beloveds, the hounded earth, civilizations intent on their own ruin. Fernandes skillfully interrogates where to put our fury and, more importantly, where to direct our mercy.

Megan Fernandes is a writer and academic living in New York City. She is the author of The Kingdom and After (Tightrope Books 2015). Her work has been published or is forthcoming in the New Yorker, Tin House, Ploughshares, Denver Quarterly, Chicago Review, Boston Review, Rattle, Pank, the Common, Guernica, the Academy of American Poets, and McSweeney’s Internet Tendency, among others. She is a poetry reader for the Rumpus and an Assistant Professor of English at Lafayette College. She holds a PhD in English from the University of California, Santa Barbara and an MFA in poetry from Boston University.

Sam Sax is a queer Jewish writer and educator. He’s received fellowships from the National Endowment for the Arts, Lambda Literary, The MacDowell Colony, the Blue Mountain Center, and the Michener Center for Writers. He’s the winner of the 2016 Iowa Review Award and his poems have appeared in The American Poetry Review, Gulf Coast, Ploughshares, Poetry, and other journals.