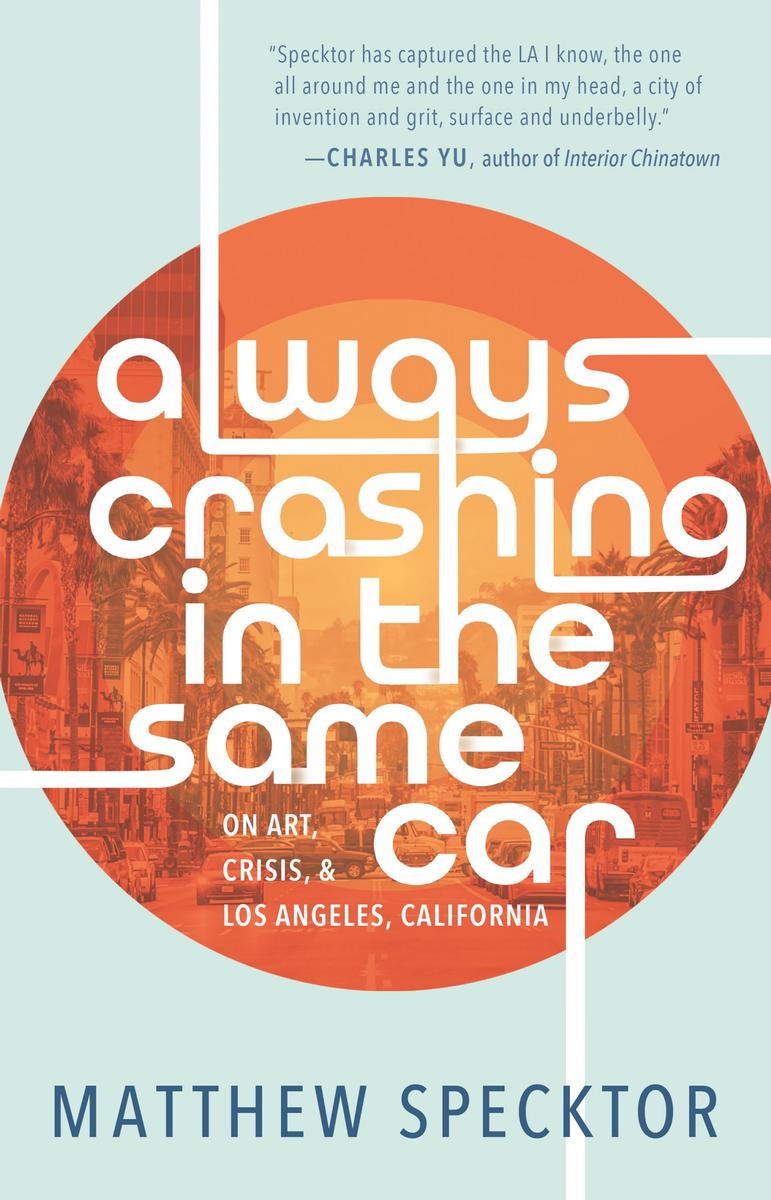 Always Crashing in the Same Car: On Art, Crisis, and Los Angeles, California

Blending memoir and cultural criticism, Matthew Specktor explores family legacy, the lives of artists, and a city that embodies both dreams and disillusionment.

(Click Here) to purchase book. (link to be posted soon)

In 2006, Matthew Specktor moved into a crumbling Los Angeles apartment opposite the one in which F. Scott Fitzgerald spent the last moments of his life. Fitz had been Specktor’s first literary idol, someone whose own passage through Hollywood had, allegedly, broken him. Freshly divorced, professionally flailing, and reeling from his mother’s cancer diagnosis, Specktor was feeling unmoored. But rather than giving in or “cracking up,” he embarked on an obsessive journey to make sense of the mythologies of “success” and “failure” that haunt the artist’s life and the American imagination.

Part memoir, part cultural history, part portrait of place, Always Crashing in the Same Car explores Hollywood through a certain kind of collapse. It’s a vibrant and intimate inspection of failure told through the lives of iconic, if under-sung, artists—Carole Eastman, Eleanor Perry, Warren Zevon, Tuesday Weld, and Hal Ashby, among others—and the author’s own family history. Through this constellation of Hollywood figures, he unearths a fascinating alternate history of the city that raised him and explores the ways in which curtailed ambition, insufficiency, and loss shape all our lives.

At once deeply personal and broadly erudite, it is a story of an art form (the movies), a city (Los Angeles), and one person’s attempt to create meaning out of both. Above all, Specktor creates a moving search for optimism alongside the inevitability of failure and reveals the still-resonant power of art to help us navigate the beautiful ruins that await us all.

Matthew Specktor is the author of the novels American Dream Machine and That Summertime Sound; a nonfiction book, The Sting; and the forthcoming memoir The Golden Hour (Ecco/HarperCollins). His writing has appeared in The New York Times, The Paris Review, The Believer, Tin House, Vogue, GQ, Black Clock, and Open City. He has been a MacDowell fellow, and is a founding editor of the Los Angeles Review of Books. He resides in Los Angeles. To learn more visit: www.matthewspecktor.com

Adam Pfahler is a founding member of the band Jawbreaker and owner of Blackball Records. He has produced and played on dozens of records over the past three decades. He has a handful of IMDB credits as “Self” but inexplicably no Wikipedia page. He is endorsed by Ludwig Drums, Paiste Cymbals, Promark Drumsticks and Evans Drumheads but still has to pay 30% of the manufacturer’s suggested retail price. He is a fourth generation Angeleno and currently lives in San Francisco’s Mission District.