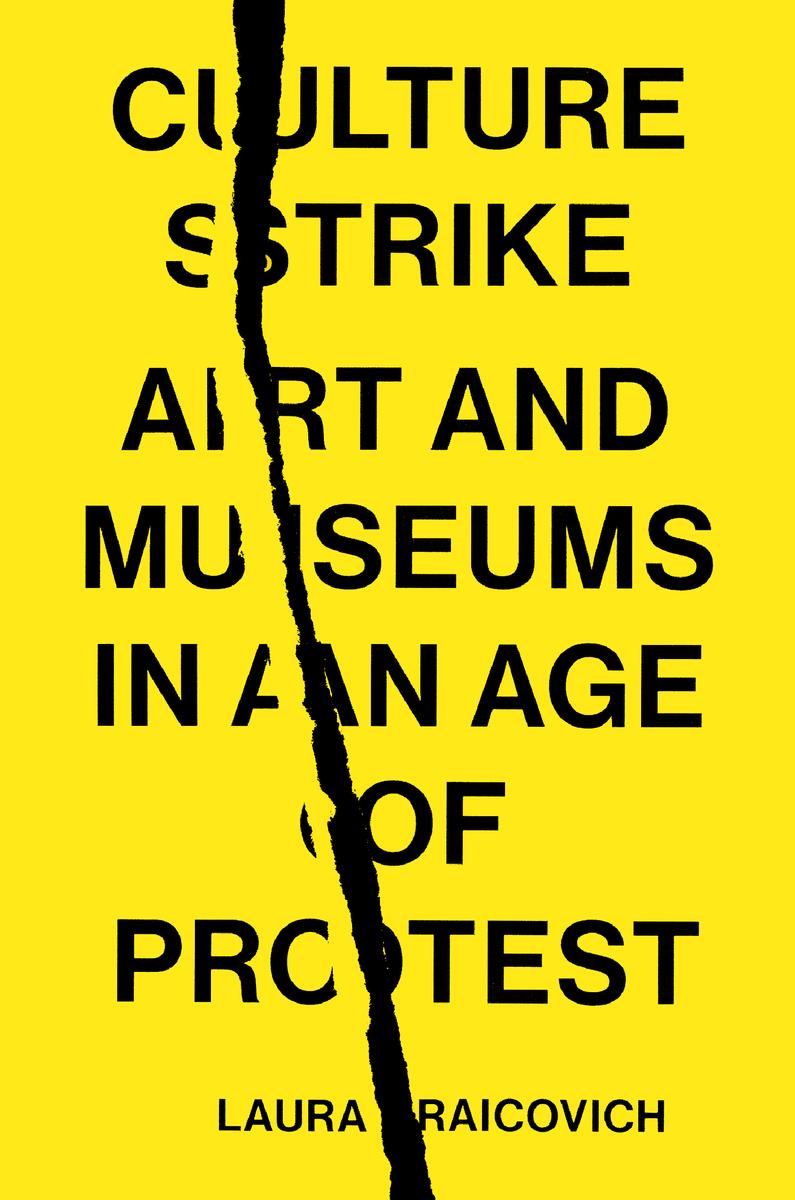 CULTURE STRIKE: Art and Museums in an Age of Protest

A leading activist museum director explains why museums are at the center of a political storm and how they can be reimagined.

(CLICK HERE) to purchase book. (link to be posted soon!)

In an age of protest, culture and museums have come under fire. Protests against museum funding (like the Metropolitan Museum accepting Sackler family money) and boards (such as the Whitney appointing tear gas manufacturer Warren Kanders)—to say nothing of demonstrations over exhibitions and artworks—have roiled cultural institutions across the world, from the Guggenheim Abu Dhabi to the Akron Art Museum. Meanwhile never have there been more calls for museums to work for social change.

In this book, Laura Raicovich shows how art museums arose as colonial institutions bearing an ideology of neutrality that masks their role in upholding capitalist values. And she suggests how museums can be reinvented to serve better, public ends.

Laura Raicovich was President and Executive Director of the Queens Museum. During her tenure, she was a champion of socially engaged art practices that address the most pressing social, political, and ecological issues of our times. She has defined her career with artist-driven projects and programs. She is also the author of At the Lightning Field and A Diary of Mysterious Difficulties.

Malkia Devich-Cyril (they/them) is an activist, writer and public speaker on issues of digital rights, narrative power, Black liberation and collective grief. Devich-Cyril is also the founding and former Executive Director of MediaJustice — a national hub boldly advancing racial justice, rights and dignity in a digital age. After 20 years of organizational leadership, Devich-Cyril now serves as a Senior Fellow at Media Justice. Malkia has appeared in three documentary films including the Oscar nominated 13TH, directed by Ava DuVernay; and is a contributing writer to various publications including The Atlantic, Wired Magazine, TechCrunch, Truthout and We Will Not Cancel Us — a book by adrienne maree brown, among many others.