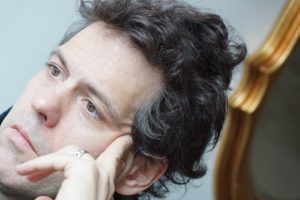 Popular culture has woven itself into the social fabric of our lives, penetrating people’s homes and haunting their psyches through images and earworm hooks. Justice, at most levels, is something the average citizen may have little influence upon, leaving us feeling helpless and complacent. But pop music is a neglected arena where concrete change can occur—by exercising active and thoughtful choices to reject the low-hanging, omnipresent corporate fruit, we begin to rebalance the world, one engaged listener at a time.

Silenced by Sound: The Music Meritocracy Myth is a powerful exploration of the challenges facing art, music, and media in the digital era. With his fifth book, producer, activist, and author Ian Brennan delves deep into his personal story to address the inequity of distribution in the arts globally. Brennan challenges music industry tycoons by skillfully demonstrating that there are millions of talented people around the world far more gifted than the superstars for whom billions of dollars are spent to promote the delusion that they have been blessed with unique genius.

We are invited to accompany the author on his travels, finding and recording music from some of the world’s most marginalized peoples. In the breathtaking range of this book, our preconceived notions of art are challenged by musicians from South Sudan to Kosovo, as Brennan lucidly details his experiences recording music by the Tanzania Albinism Collective, the Zomba Prison Project, a “witch camp” in Ghana, the Vietnamese war veterans of Hanoi Masters, the Malawi Mouse Boys, the Canary Island whistlers, genocide survivors in both Cambodia and Rwanda, and more.

Silenced by Sound is defined by muscular, terse, and poetic verse, and a nonlinear format rife with how-to tips and anecdotes. The narrative is driven and made corporeal via the author’s ongoing field-recording chronicles, his memoir-like reveries, and the striking photographs that accompany these projects.

After reading it, you’ll never hear quite the same again.

Ian Brennan is a Grammy-winning music producer who has produced three other Grammy-nominated albums. He is the author of four books and has worked with the likes of filmmaker John Waters, Merle Haggard, and Green Day, among others. His work with international artists such as the Zomba Prison Project, Tanzania Albinism Collective, and Khmer Rouge Survivors, has been featured on the front page of the New York Times and on an Emmy-winning 60 Minutes segment with Anderson Cooper reporting. Since 1993 he has taught violence prevention and conflict resolution around the world for such prestigious organizations as the Smithsonian, New York’s New School, Berklee College of Music, the University of London, the University of California–Berkeley, and the Accademia Nazionale delle Scienze (Rome).

David Harrington is the lead violinist and founder of the Kronos Quartet. For over 40 years he has collaborated with composers and musicians from every continent, performed work nearly spanning the history of notated music, and redefined the role of a contemporary string quartet.

“There is hope. Thanks to Ian Brennan for shining a light.”
—Bill Frisell

“Every page of Silenced by Sound is like listening to a fresh, bracing, previously unknown kind of music for the very first time.”
—David Harrington, Kronos Quartet

“. . . full of wisdom from someone who cares deeply about the power of real music.”
—MOJO