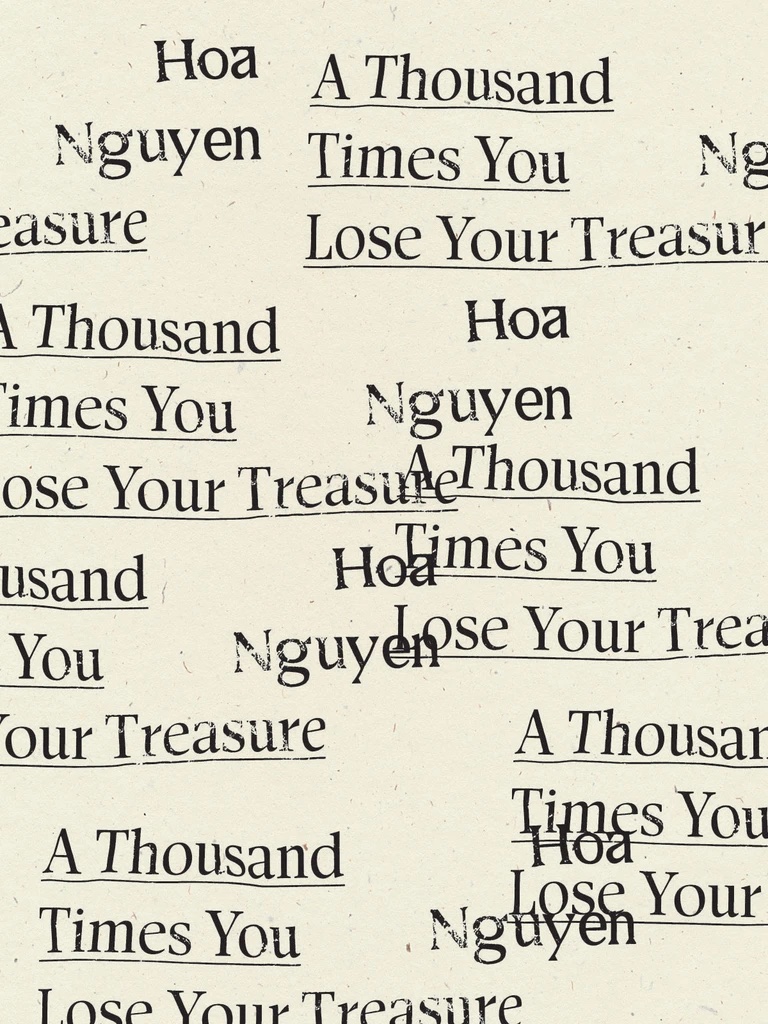 A Thousand Times You Lose Your Treasure

A poetic meditation on historical, personal, and cultural pressures pre- and post-“Fall-of-Saigon” with verse biography on the poet’s mother, Diệp Anh Nguyễn, a stunt motorcyclist in an all-women Vietnamese circus troupe. Multilayered, plaintive, and provocative, the poems in A Thousand Times You Lose Your Treasure are alive with archive and inhabit histories. By turns lyrical and unsettling, Hoa Nguyen’s poetry sings of language and loss; dialogues with time, myth and place; and communes with past and future ghosts.

Hoa Nguyen is the author of several books of poetry, including A Thousand Times You Lose Your Treasure (Wave, forthcoming 2021), As Long As Trees Last, Red Juice, and Violet Energy Ingots, which received a 2017 Griffin Prize nomination. As a public proponent and advocate of contemporary poetry, she has served as guest editor for The Best Canadian Poetry in English 2018 and judge for the 2020 Griffin Prize for Poetry, and she has performed and lectured at numerous institutions, including Princeton University, Bard College, Poet’s House, and the Banff Centre’s Writers Studio. Recipient of a 2019 Pushcart Prize and a 2020 Neustadt International Prize for Literature nomination, she has received grants and fellowships from the Canada Council for the Arts, the Ontario Arts Council, the MacDowell Colony, and the Millay Colony for the Arts. Her writing has garnered attention from such outlets as The PBS News Hour, Granta, The Walrus, New York Times, and Poetry, among others. Born in the Mekong Delta and raised and educated in the United States, Nguyen has lived in Canada since 2011.

Garrett Caples is the author of The Garrett Caples Reader (1999), Complications (2007), Quintessence of the Minor: Symbolist Poetry in English (2010), Retrievals (2014), and Power Ballads (2016). He is an editor at City Lights Books, where he curates the Spotlight poetry series. Caples was also a contributing writer to theSan Francisco Bay Guardian and has coedited the Collected Poems of Philip Lamantia (2013), Particulars of Place (2015) by Richard O. Moore, and Incidents of Travel in Poetry: New and Selected Poems (2016) by Frank Lima. He makes his home in San Francisco.
This event has been sponsored by the City Lights Foundation