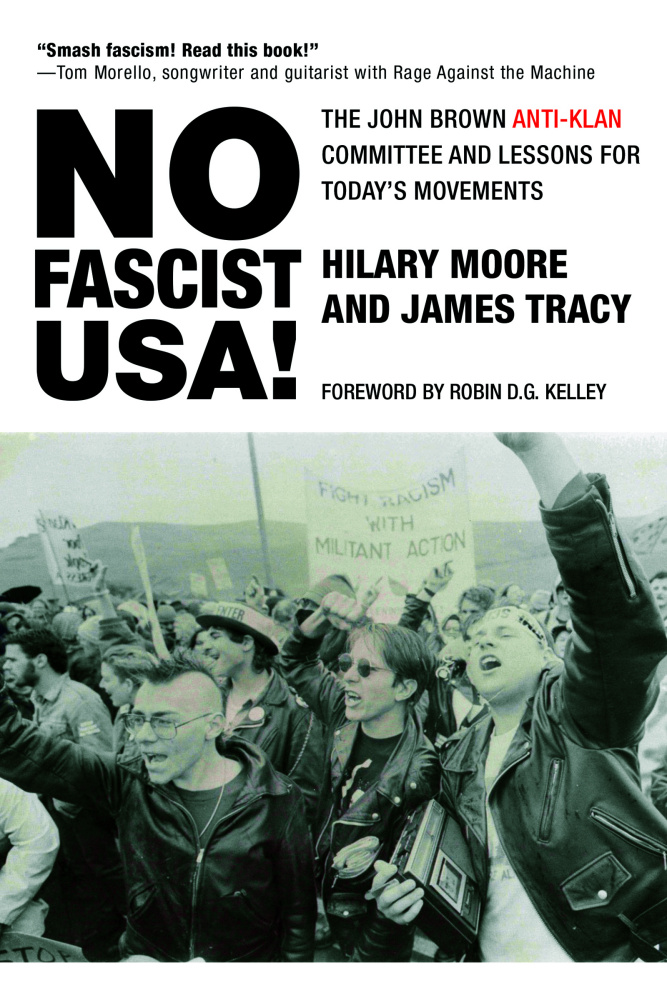 No Fascist USA! The John Brown Anti-Klan Committee and Lessons for Today’s Movements

The story of how a national grassroots network fought a resurgence of the KKK and other fascist groups during the Reagan years, laying the groundwork for today’s anti-fascist/anti-racist movements.

In June 1977, a group of white anti-racist activists received an alarming letter from an inmate at a New York state prison calling for help to fight the Ku Klux Klan’s efforts to recruit prison staff and influence the people incarcerated. In response, the activists founded the first chapter of what would eventually become a nationwide grassroots network, the John Brown Anti-Klan Committee, dedicated to countering the rise of the KKK and other far-right white nationalist groups, and to building support for movements fighting for self-determination.

No Fascist USA! tells the story of that network and how its members emerged from the radical movements of the 1960s and 1970s to combat racism and state repression throughout the 1980s. Featuring dozens of graphics, posters, and materials from the time, the book follows the group’s trajectory through its political actions, engagement with punk rock youth culture, and involvement with underground splinter groups, concluding with an exploration of what tactical lessons their efforts offer those dedicated to fighting white supremacy today.

Hilary Moore is an anti-racist political education trainer and teaches with generative somatics. She works on the Leadership Team of Showing Up for Racial Justice, and is the co-author of Organizing Cools the Planet: Tools and Reflections to Navigate the Climate Crisis (PM Press, 2011).

James Tracy is an author, organizer, and an Instructor of Labor and Community Studies at City College of San Francisco. He is the co-author of Hillbilly Nationalists, Urban Race Rebels and Black Power: Community Organizing in Radical Times and the author of Dispatches Against Displacement: Field Notes From San Francisco’s Housing Wars.

Praise for No Fascist USA!:

“Smash fascism! Read this book!”––Tom Morello, songwriter and guitarist with Rage Against the Machine

“Studying the John Brown Anti-Klan Committee will give readers an understanding of the complexity of deconstructing the weapon of white supremacy from the inside out. Thank you Hilary and James for the precision of this analysis, and the true north of this star.”––adrienne maree brown, author of Pleasure Activism and Emergent Strategy

“Hilary Moore and James Tracy have written a magnificent book that not only corrects the record but helps explain the mercurial rise of white supremacist organizations in the 1970s, how the Klan was (temporarily) defeated, and why this period has been largely ignored. No Fascist USA! radically shifts our perspective, challenging the prevailing wisdom that racist terrorism rises in response to economic downturns, white downward mobility, or in a vacuum created by progressive alternatives. I love this book.”––Robin D.G. Kelley, from the foreword

“No Fascist USA! is not only timely, but also essential in the present period of accelerated white supremacist activity and anti-racist organizing to combat it. In telling the story of the John Brown Anti-Klan Committee, the authors, without romanticizing or condemning, draw important lessons from the fifteen-year history of the group.”––Roxanne Dunbar-Ortiz, author of Loaded: A Disarming History of the Second Amendment