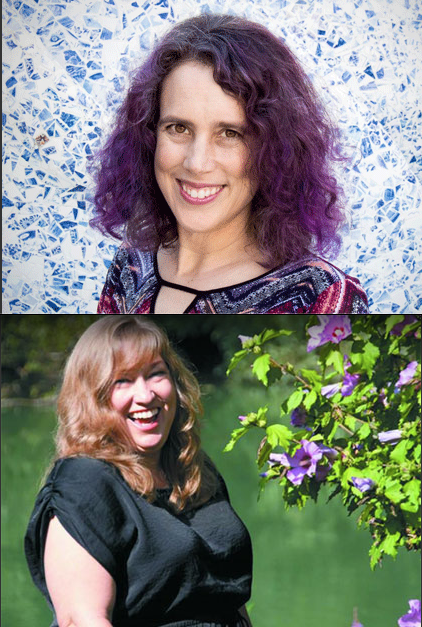 Gayle Brandeis grew up in the Chicago area and has been writing poems and stories since she was four years old. Her latest book is The Art of Misdiagnosis: Surviving my Mother’s Suicide, a memoir. She is the author of the poetry books The Selfless Bliss of the Body and Dictionary Poems, Fruitflesh: Seeds of Inspiration for Women Who Write, the novels The Book of Dead Birds, which won Barbara Kingsolver’s Bellwether Prize for Fiction in Support of a Literature of Social Change, Self Storage and Delta Girls, and her first novel for young readers, My Life with the Lincolns. She released The Book of Live Wires, the sequel to The Book of Dead Birds, as an e-book in 2011.

June Sylvester Saraceno is the author of two books of poetry, including Of Dirt and Tar (Cherry Grove Collections 2014). She has been honored with the Excellence and Innovation in Humanities Teaching by Nevada Humanities for her dedicated work at SNC, including establishing the Writers in the Woods series. Her new titles Feral, North Carolina, 1965, and The Girl from Yesterday will be hitting bookstores soon.