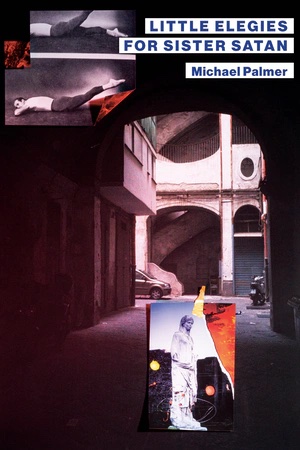 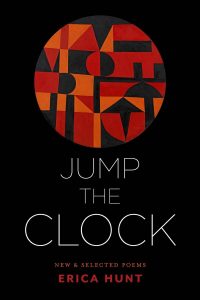 Jump The Clock by Erica Hunt – published by Nightboat

About Erika Hunt’s Jump The Clock

Erica Hunt writes at the intersection of poetry and emancipatory politics—racial and gender justice, feminist ethics, and participatory democracy—showing us that altering our reading strategies frames our experiences. Ultimately, she finds that words matter, savoring the small ones: articles, pronouns, collective, plural and singular. This collection brings together out of print works and journals of the same period, to speak across “crumpled” time, the past seen from then to now.

Little Elegies for Sister Satan presents searingly beautiful new poems by Michael Palmer, “the foremost experimental poet of his generation, and perhaps of the last several generations” (citation for The Poetry Society of America’s Wallace Stevens Award). Grappling with our dark times and our inability to stop destroying the planet or to end our endless wars, Palmer offers a counterlight of wit (poetry was dead again / they said again), as well as the glow of wonder. In polyphonic passages, voices speak from a decentered place, yet are rooted in the whole history of culture that has gone before: “When I think of ‘possible worlds,’ I think not of philosophy, but of elegy. And impossible worlds. Resistant worlds.”

Erica Hunt is a poet and essayist, author of Local History, Arcade, Piece Logic, Veronica: A Suite in X Parts, and Jump the Clock: New and Selected Poems, published by Nightboat Books in November 2020. Her poems and essays have appeared in BOMB, Boundary 2, Brooklyn Rail, The Los Angeles Review of Books, Poetics Journal, Tripwire, Recluse, In the American Tree, and Conjunctions. With Dawn Lundy Martin, Hunt is the editor of an anthology of new writing by Black women, Letters to the Future. Hunt has received awards from the Foundation for Contemporary Art, the Fund for Poetry, and the Djerassi Foundation and is a past fellow of Duke University/University of Capetown Program in Public Policy. She teaches at Brown University.

Michael Palmer is an American born in New York City in 1943 and long resident in San Francisco, nearly all of Palmer’s poetry is published by New Directions: At Passages (1995); The Lion Bridge: Selected Poems 1972–1995 (1998); The Promises of Glass (2000); Codes Appearing: Poems 1979–1988 (2001); Company of Moths (2005); and most recently, Thread (2011). He is the translator of works by Emmanuel Hocquard, Vicente Huidobro, and Alexei Parshchikov, among others, and the editor of Code of Signals: Recent Writings in Poetics. For over thirty years he has collaborated with the Margaret Jenkins Dance Company.