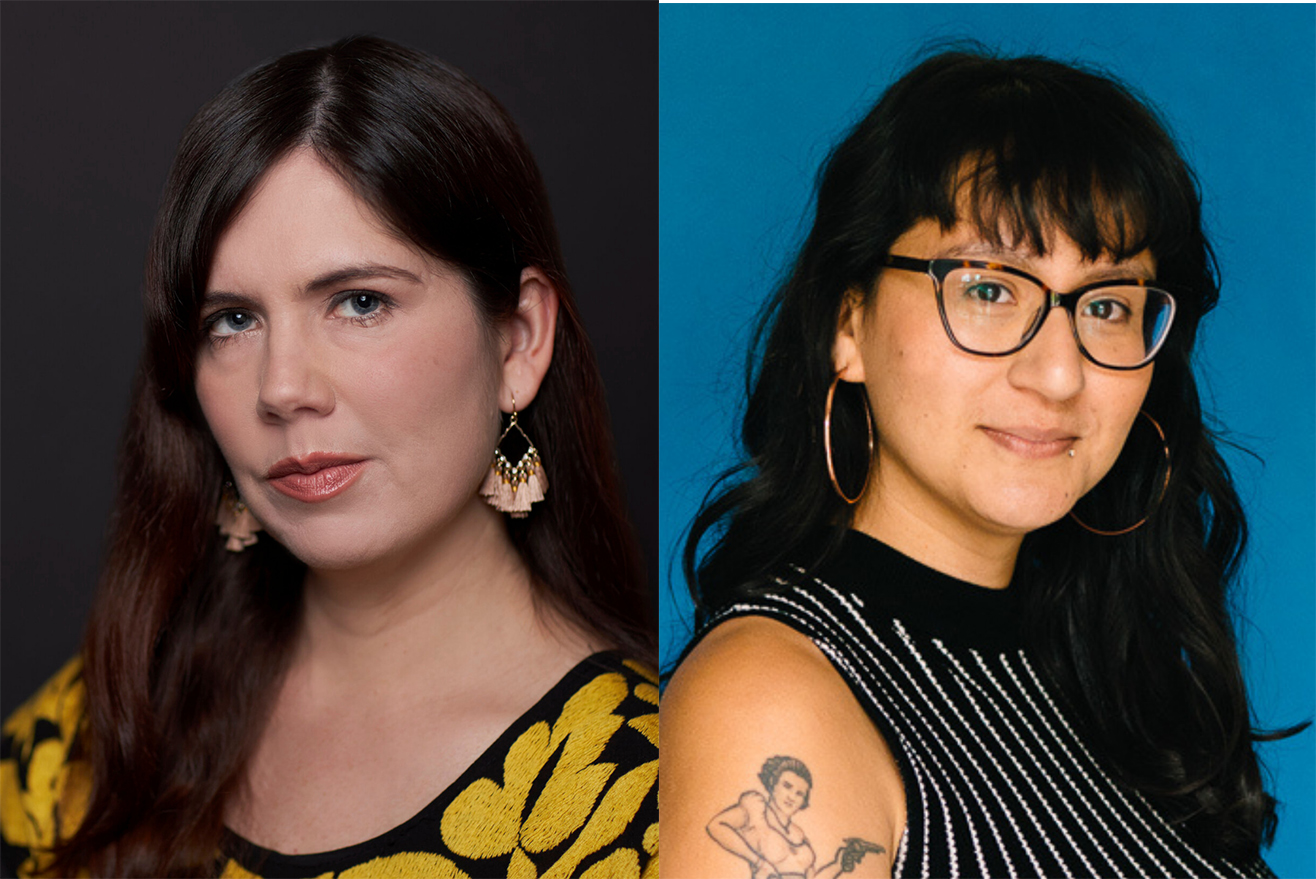 On Friday, September 24 at 4pm, we’re thrilled to virtually welcome authors Elizabeth Gonzalez James and Emilly Prado to read from and discuss their brand-new books! This conversation arrives in the context of Hispanic Heritage Month, which we’re celebrating September 15-October 15. Elizabeth’s novel Mona at Sea was published by the Santa Fe Writers Project in June, and Emilly’s memoir, Funeral for Flaca was published by Future Tense books in July. Access this event live on our YouTube page.

More about the authors:

Before becoming a writer Elizabeth Gonzalez James was a waitress, a pollster, an Avon lady, and an opera singer. Her stories and essays have appeared in The Idaho Review, The Rumpus, StorySouth, PANK, and elsewhere. She’s an alum of Bread Loaf Writers’ Conference, Tin House Writers Workshop, and Lit Camp. Her first novel, MONA AT SEA, was was chosen for the SFWP Literary Awards judged by Carmen Maria Machado, and is out now from Santa Fe Writers Project. Originally from South Texas, Elizabeth now lives with her family in Massachusetts. You can find her on Twitter and Instagram: @unefemmejames

Emilly Prado is a writer, community organizer, and the prose instructor at the Independent Publishing Resource Center in Portland, Oregon. When not writing or teaching, Emilly moonlights as DJ Mami Miami with Noche Libre, the Latinx DJ collective she co-founded in 2017. Her debut essay collection, Funeral for Flaca, was selected as #YosiBookClub summer reading pick and has been called, “Utterly vulnerable, bold, and unique,” by Ms. Magazine. Funeral for Flaca is out now with Future Tense Books. Learn more at www.emillyprado.com or social media @emillygprado.