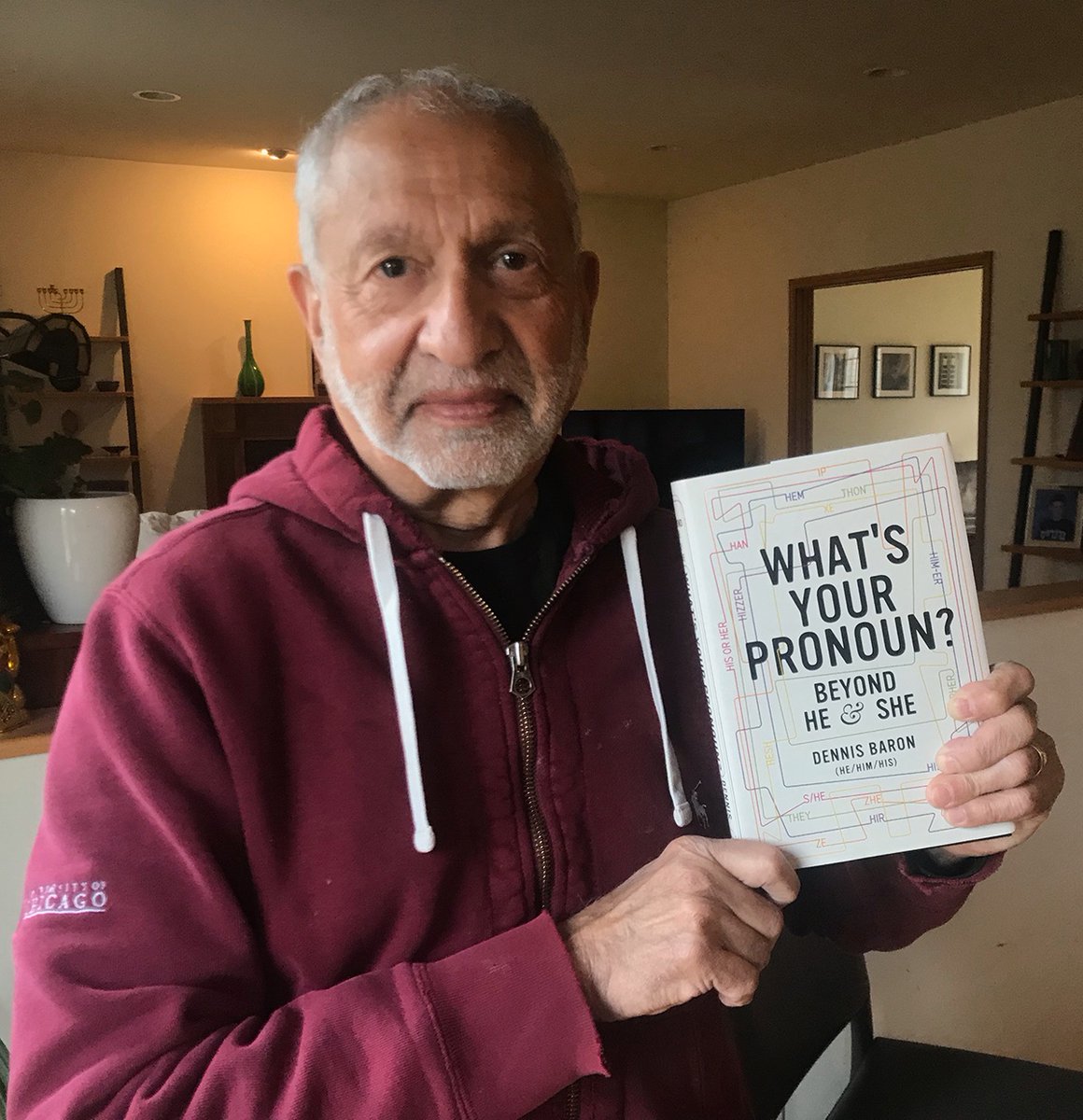 Dennis Baron discussing the subject of his new book

What’s Your Pronoun? Beyond He and She

Addressing one of the most pressing cultural questions of our generation, Dennis Baron reveals the untold story of how we got from he and she to zie and hir and singular-they.

Like trigger warnings and gender-neutral bathrooms, pronouns are sparking a national debate, prompting new policies in schools, workplaces, even prisons, about what pronouns to use. Colleges ask students to declare their pronouns along with their majors; corporate conferences print name tags with space to add pronouns; email signatures sport pronouns along with names and titles. Far more than a by-product of the culture wars, gender-neutral pronouns are, however, nothing new. Pioneering linguist Dennis Baron puts them in historical context, noting that Shakespeare used singular-they; women invoked the generic use of he to assert the right to vote (while those opposed to women’s rights invoked the same word to assert that he did not include she); and people have been coining new gender pronouns, not just hir and zie, for centuries. Based on Baron’s own empirical research, What’s Your Pronoun? chronicles the story of the role pronouns have played—and continue to play—in establishing both our rights and our identities. It is an essential work in understanding how twenty-first-century culture has evolved.

Dennis Baron professor emeritus of English and linguistics at the University of Illinois, has long been a national commentator on language issues, from the Washington Post to NPR and CNN. HE is the author of A Better Pencil: Readers, Writers, and the Digital Revolution. A recent Guggenheim Fellow, he lives in Champaign, Illinois.