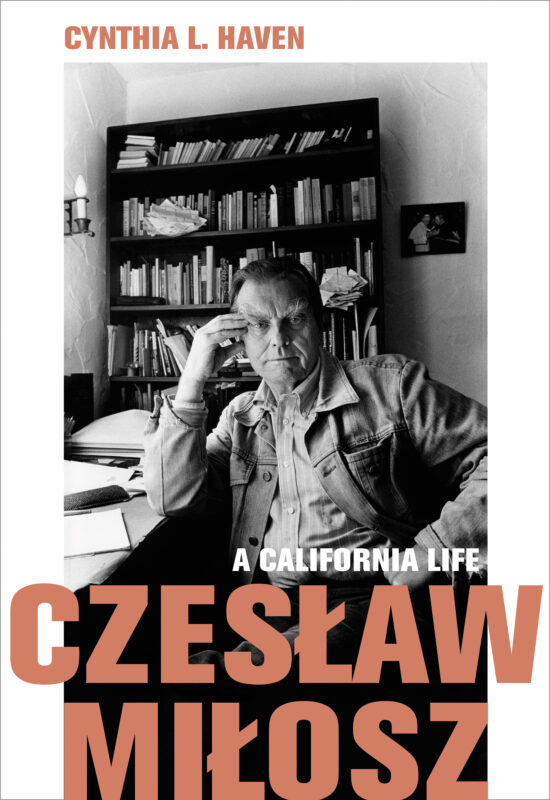 Czesław Miłosz, one of the greatest poets and thinkers of the past hundred years, is not generally considered a Californian. But the Nobel laureate spent four decades in Berkeley—more time than any other single place he lived—and he wrote many of his most enduring works there. This is the first book to look at his life through a California lens. Filled with original research and written with the grace and liveliness of a novel, it is both an essential volume for his most devoted readers and a perfect introduction for newcomers.

Miłosz was a premier witness to the sweep of the twentieth century, from the bombing of Warsaw in World War II to the student protests of the sixties and the early days of the high-tech boom. He maintained an open-minded but skeptical view of American life, a perspective shadowed by the terrors he experienced in Europe. In the light of recent political instability and environmental catastrophe, his poems and ideas carry extra weight, and they are ripe for a new generation of readers to discover them. This immersive portrait demonstrates what Miłosz learned from the Golden State, and what Californians can learn from him.

Cynthia L. Haven is a National Endowment for the Humanities Public Scholar and author of 2018’s Evolution of Desire: A Life of René Girard, the first-ever biography of the French theorist. She has published two previous books on Czesław Miłosz: An Invisible Rope: Portraits of Czesław Miłosz and Czesław Miłosz: Conversations. She has been a Milena Jesenská Journalism Fellow with the Institut für die Wissenschaften vom Menschen in Vienna, as well as a visiting writer and scholar at Stanford’s Division of Literatures, Cultures, and Languages, and a Voegelin Fellow at Stanford’s Hoover Institution. She has written for the Times Literary Supplement and has also contributed to the New York Times Book Review, the Nation, the Wall Street Journal, the Virginia Quarterly Review, the Washington Post, the Los Angeles Times, and other publications.

James Marcus is the author of Amazonia: Five Years at the Epicenter of the Dot-Com Juggernaut and seven translations from the Italian, including Giacomo Casanova’s The Duel. He is the former editor of Harper’s Magazine and has contributed to The New Yorker, The Atlantic, Harper’s, The American Scholar, VQR, The Guardian, The Nation, and Best American Essays. He also edited and introduced Second Read: Writers Look Back at Classic Works of Reportage and is currently at work on his next book, Glad to the Brink of Fear: A Portrait of Emerson in Fifteen Installments.

“Czesław Miłosz: A California Life asks about the meaning of exile, about the possibilities of a new home, about the transformation of a poetic perspective, about alienation and the building of literary bridges. But in the end, the book asks one big, nearly impossible question: How did the great Polish exile Miłosz change his newfound home—and how did California, after so many years, transform Miłosz’s own metaphysics? For it is a metaphysical question, after all: How does a place change the poet, and what does a poet do to shift our perspective on the place? On this unending journey, Cynthia L. Haven is an illuminating guide, one who brings knowledge, precision, and grace. There is much to learn from this book about Miłosz and California, yes, but also about poetry and the world.” Ilya Kaminsky, author of Deaf Republic

“My father came to Berkeley in 1960, a towering Polish poet who testified to the murderous apocalypse of World War II, the nightmare of Stalinism, and the glow of the human spirit. Far from a monotonous exile, he gradually discovered in California a home for forty years, a vital inspiration, and a new international audience, leading to the Nobel Prize in 1980. Cynthia Haven tells this complex story from a deep and moving California perspective. Entrancing.” Anthony Miłosz, executor of the Miłosz Estate

“Mining the largely untapped vein of Miłosz and California, Cynthia Haven has struck paydirt, a gold mine of perception and insight.” Richard Lourie, author of The Autobiography of Joseph Stalin