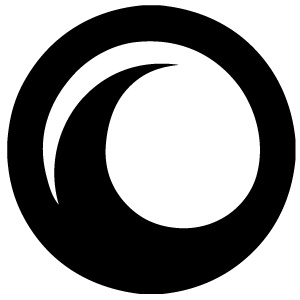 Black Ocean is an award-winning independent publisher based out of Boston, with satellites in Detroit and Chicago. From early silent films to early punk rock, Black Ocean brings together a spectrum of influences to produce books of exceptional quality and content. In conjunction with our book releases we manifest our aesthetic in celebrations around the country. We believe in the fissures art can create in consciousness when, even if just for a moment, we experience a more vital way of operating in the world—and through that moment then seek out more extreme and enlightened modes of existence. We believe in the freedom we find through enlightened modes of existence, and we are committed to promoting artists we firmly believe in by sharing our enthusiasm for their work with a global audience.

City Lights celebrates this exemplary independent press with an evening of readings.

Joining us will be:

Carrie Olivia Adams lives in Chicago, where she edits poetry for Black Ocean, publicizes books for the University of Chicago Press, and finds lots of uses for mason jars. She is the author of Intervening Absence (Ahsahta 2009), Forty-One Jane Doe’s (book and DVD, Ahsahta 2013), and the chapbook “Overture in the Key of F” (above/ground press 2013).

Hedgie Choi, is a poet, fiction writer and translator. She writes from a trans-pacific perspective is a fellow at the Michener Center for Writers at the University of Austin, Texas. She co-translated Hysteria by Kim Yideum, which won the 2020 Lucien Stryk Asian Translation Prize and the 2020 National Translation Award in poetry. Her poems have appeared in or are forthcoming in The Iowa Review Online, Washington Square Review, Beloit Poetry Journal, West Branch, and The Journal.  She is a 2019 Keene Prize Winner.

Nathan Hoks is the author of two books of poetry, Reveilles and The Narrow Circle, which was a winner of the 2012 National Poetry Series and published by Penguin. His chapbook Moony Days of Being was chosen by Matthew Zapruder for the Tomaž Šalamun Prize. His translations, poems, and critical writings have appeared in journals such as The Colorado Review, jubilat, Crazyhorse, Lit, Circumference, Octopus Magazine, and Verse. A graduate of the Iowa Writers’ Workshop, Hoks works as an editor and letterpress printer for Convulsive Editions, a micro-press that publishes chapbooks and broadsides.

Black Ocean is publishing his third book, Nests in Air.

sponsored by the City Lights Foundation