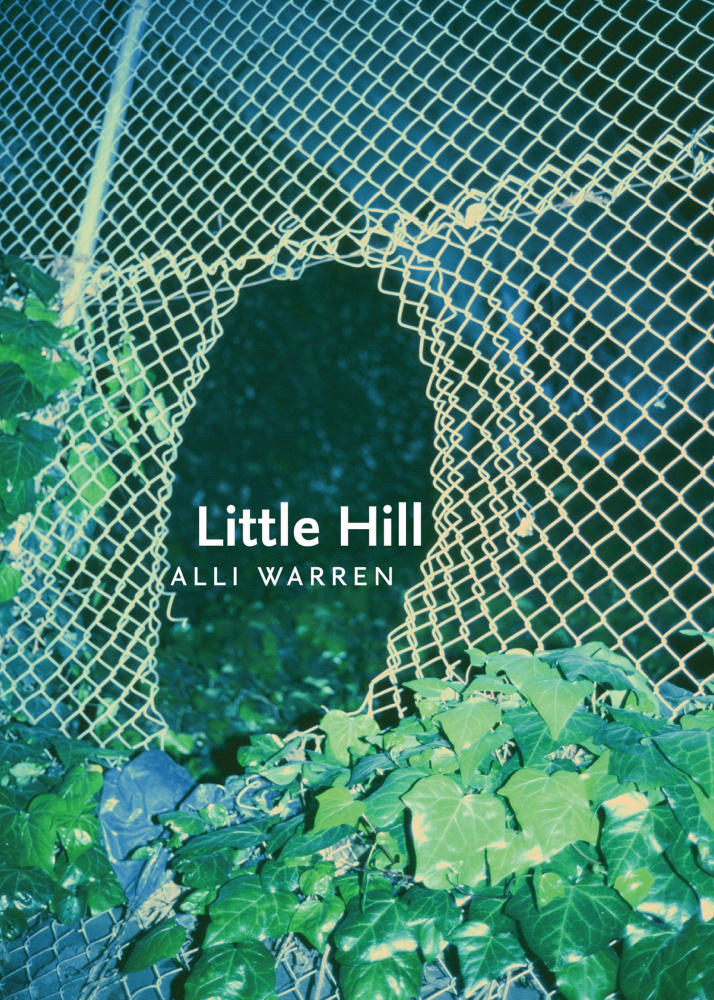 celebrating the release of

The third full-length collection from Bay Area poet Alli Warren, Little Hill comprises seven long poems written with propulsive prosody in a daybook fashion, examining our present, politically charged moment. These poems are at once energetic and contemplative, intimate and direct, as Warren focuses her attention on capitalism, gender, love, inequality, and resistance. Despite the dystopian now, Warren finds promise in the smallest human instances of tenderness, ecological connection, and political solidarity. Little Hill is about learning to live and love in the 21st century while not shying away from all there is to struggle against.

“The book is gift more than condemnation, though as the latter it’s unsparing. Still, it’s a gift.”––Alice Notley, author of For the Ride and Benediction

“The number of gasps and everything else gets lost in the concentration of Little Hill. Alli Warren keeps company with those rare poets whose every new book is their best.”––CAConrad, author of While Standing in Line for Death

“Reading Alli Warren’s Little Hill, I find it incredible that amidst the relentless circulation of capital and commodities—and despite attempts to make all life yield to the logics of extraction, work, accumulation, and the entrepreneurial self—a remainder is created, that of poetry. Little Hill embodies a poetics of radical uncertainty, one that attends to its horrific condition of possibility and is produced through the unmooring catastrophes that define our present moment: the destruction of the earth, mass imprisonment, late-capitalism—the litany does not end there. In and against it all, a question is raised—the question of what it means to love in times of terror.”—Jackie Wang, author of Carceral Capitalism

Alli Warren published her Poetry Center Book Award-winning debut, Here Come the Warm Jets, with City Lights in 2013. She is also the author of I Love It Though (Nightboat Books, 2017), as well as numerous chapbooks. She has edited the literary magazine Dreamboat, co-curated the (New) Reading Series at 21 Grand, co-edited the Poetic Labor Project, and contributed to SFMOMA’s Open Space. Her writing has appeared in numerous publications, including Harpers, Poetry, The Brooklyn Rail, Best American Experimental Poetry, and BOMB. She has lived and worked in the Bay Area since 2005.